Today Mercedes-Benz launched the 2016 C-Class Coupe in the Western Cape, calling its design “vivid” and “sensual”. Mercedes brags the model brings with it a mixture of both modern luxury and “agile sportiness”, and that it is 60 millimeters longer from front axle to firewall than the previous version. In addition, the model’s suspension sits 15 millimeters lower than the Saloon, and is joined by 17 inch wheels for what the auto maker says is an overall “sporty proposition.”

There’s a lot to note about this model, which arrives in the next few weeks. The C-Class Coupe is overall 40 millimeters wider and 95 millimeters longer, which results in a larger volume that gives the front passenger and driver more space: shoulder room is improved, says Mercedes, as well as elbow room and headroom among all the seats, not just the front ones.

The auto maker says there are a couple special upholstery color combinations for the interior, one of which is saddle brown and porcelain and one that is described as “nut brown/black with turquoise topstitching”. Other interior elements include a multi-function sports steering wheel with a flat bottom portion, AMG sports pedals, and aluminum in the dash, and more. 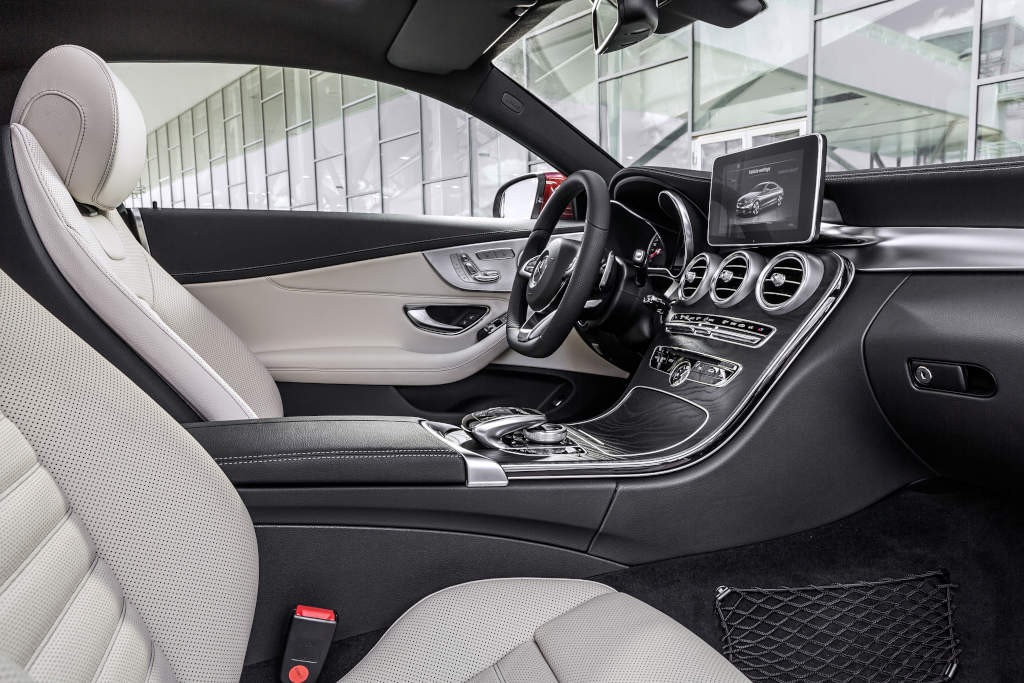 The new C-Class Coupe is designed to keep road noise and tire vibration to a minimum, but to maintain “agile driving dynamics” regardless. As part of this, Mercedes has used a 4-link front axle with a wheel suspension that is de-coupled from the spring strut. Steel suspension is standard, though a pair of variants are also available, one that is more sports-centric and one that is more focused on agility.

Other features include an optional AIRMATIC air suspension, four gas engines and two diesel engine options, greater usage of aluminum for an overall lighter weight, and what Mercedes brags is the “best drag coefficients in almost all vehicle classes” — in this case, the C-Class Coupe has a drag coefficient of 0.26. Pricing for the C 200 is set at  R551 000, C 220 d at R592 700 and C 300 at R660 300.