CBC’s Pale Ale in a can reviewed

It’s 09:15 in the morning, and I’m standing in the foyer of this hotel in Cape Town. I’ve had more than a few beers the night before, the commercial kind that comes in green bottles. My normal day is a little less Don Draper, but on this particular morning I’m waiting for a chilled delivery from the guys at the Cape Brewing Company. With my flight back to Johannesburg scheduled for 1pm, it was fitting to test out the Cape brew while I’m here. Besides, they just launched their first ever canned pale (ale) that promises to improve the flavour of  their beer by creating a perfect foam head with every 340ml.

I know what you’re thinking; I’m a drunkard and liker of things, and this (CBC’s offering) is something you’d only find Cape Town’s hippies gulping at such ungodly hours. Fear not, I proceeded to have my breakfast and prepared for the journey back home. It was a Monday after all.

Once home, I re-chilled (its a word, OK!) my grandeur 4-pack before its ultimate taste down. The problem with Johannesburg though, is that one can never enjoy your beers alone. Besides the oblivion of thirsty people everywhere, its just plain rude to try out a new cold beer solo. My neighbour and I proceeded with the ceremony. 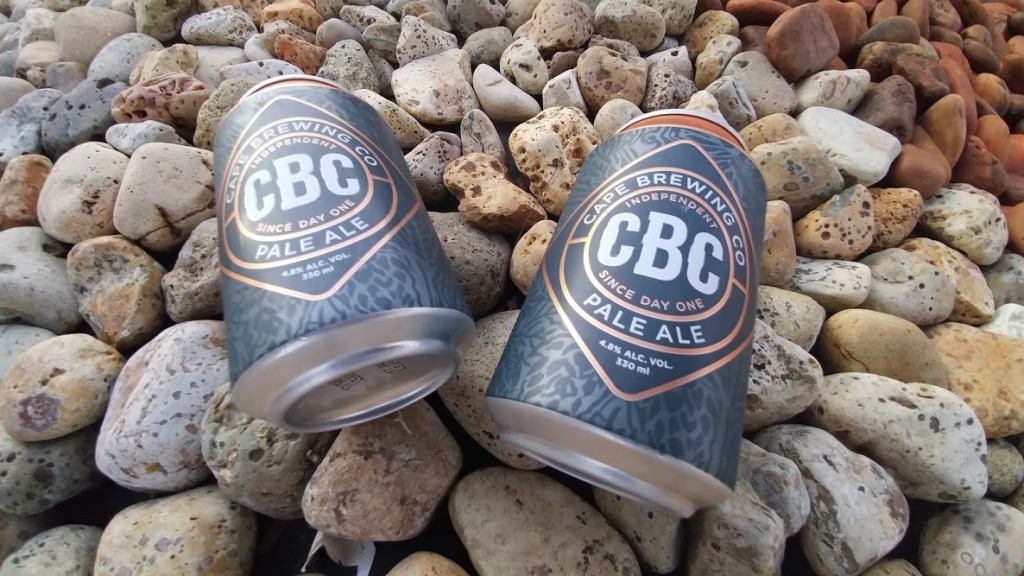 This Cape Pale Ale pours a deep, coppery light brown, amber-ish with no trace of haze or sediment. Pour it in a glass and it gives a good white head which drops down to a foam cap. I am not much of a beer-expert nor am I habitually not sober. There’s also tastes of light hops which sticks around long after the malt flavours have faded away. Fruitiness  overlays the bitter flavours that kick at the first sip. Overall, fairly bitter and on a par with similar aley beers.  At 4.8% there’s surprisingly little alcohol to be tasted or felt. But you know our country’s regulations would say otherwise.

Maybe, just maybe I have tasted too many more exciting beers of late, but CBC’s offering is thoroughly drinkable with a meal but not much flavour and at 4.8% it is just right for a session (craft) beer.

As we wrapped up our testing I polished off the last Pale Ale, which despite its canny self, managed to hold a decent head after being run through thousands of kilometers to reach Jozi. In a presser released when the product launched, Wolfgang Koedel, CBC’s brewmaster mentioned that the company actually has all its thanks on the technology methods used to can their beer.

At this point of the testing session I had a good buzz on so I asked my ol’ neighbour if he really thought adding a nice pale like this to any can was serious science. “What you and I have discovered here is that process gives you the best mouthfeel,” he intoned.  I waved him off. In my current state this explanation was going way over my head, and anyway, I didn’t need it to understand that Cape Brewing Company’s Pale Ale tasted way better when poured from this canny invention.