Multitudes Of People Are Now Buying Small Premium Crossovers, So BMW Thinks It’s Worth Selling Two Of Them. This New X2 Is Pretty Much A Reskinned X1, Made Sleeker To Look At And Sportier To Drive.

THE X1 is one of BMW’s top-selling models in Mzansi. This X2 is closely related: it’s a version with lower roof, a less glassy profile and styling elements that hark back to some of BMW’s historic coupes, as well as a fresh grille shape and body side creasework that will spread across the new BMW range.

The M Sport X package, shown in these shots, has grey plastic trim in the exterior body kit. It’s borderline overdone. The standard M Sport body kit matches the rest of the paint, toning down the hectic look.

To go with the sportier styling, it has slightly tauter suspension settings than the X1. Those who follow the BMW Group’s engineering strategy will spot that it’s the same transverse-engined platform as the Mini Countryman too, but it’s set up to steer slightly more calmly than that.

First model off the ranks is the two-litre petrol with front-drive and a seven-speed DCT transmission. But later on an xDrive AWD version will, doubtless, arrive here, as it has with the X1 and indeed that Mini.

But to get early access we jumped into the first version available to us, of which one uses a diesel engine and all-wheel-drive, with an eight-speed autobox. 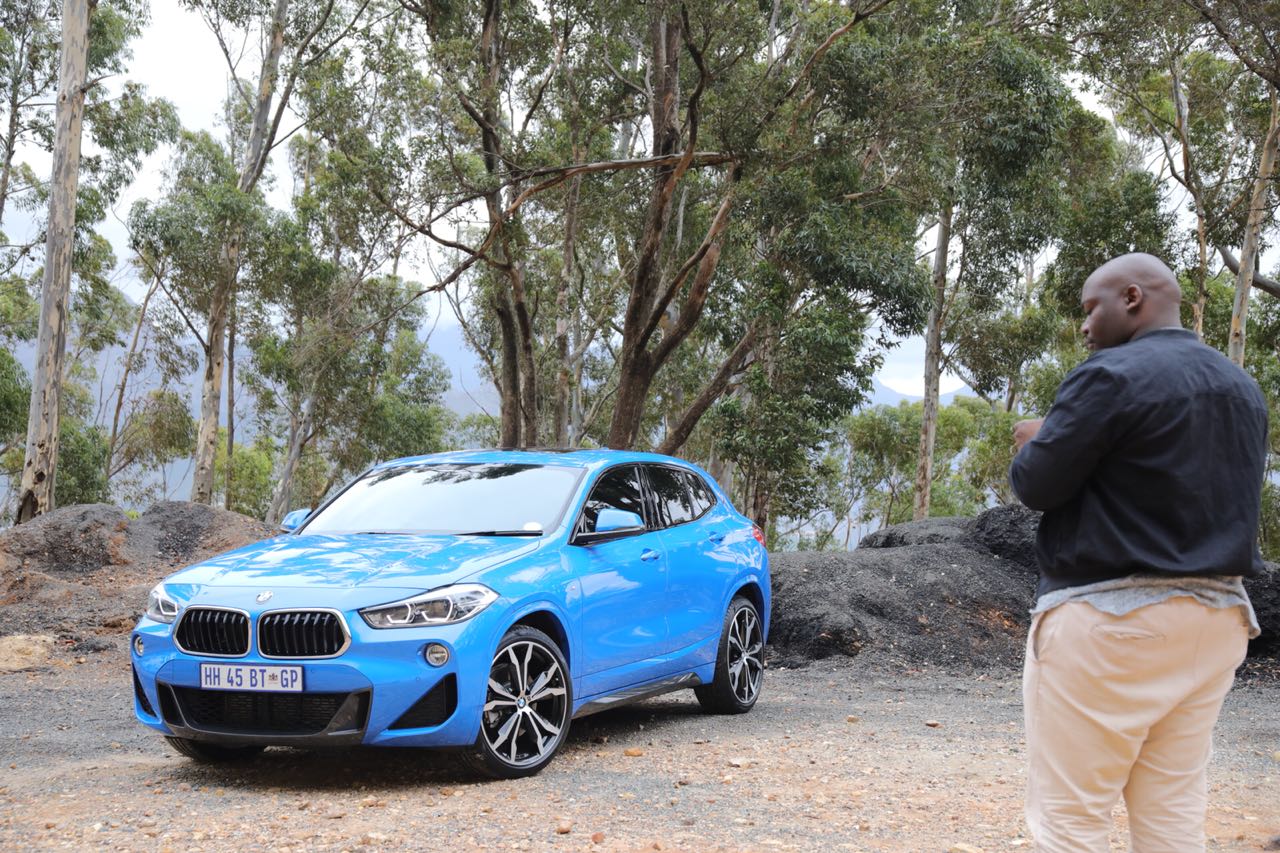 Mostly, it’s like the X1. That’s to say the materials are good and the ergonomics excellent.

Internal space and practicality aren’t a huge priority, but even so the sacrifice versus the X1 is relatively small. The target buyer is urban and totally ungovernable (whatever that means), so the overall length is pretty compact, and it doesn’t have the long tapered tail of the X4 and X6. 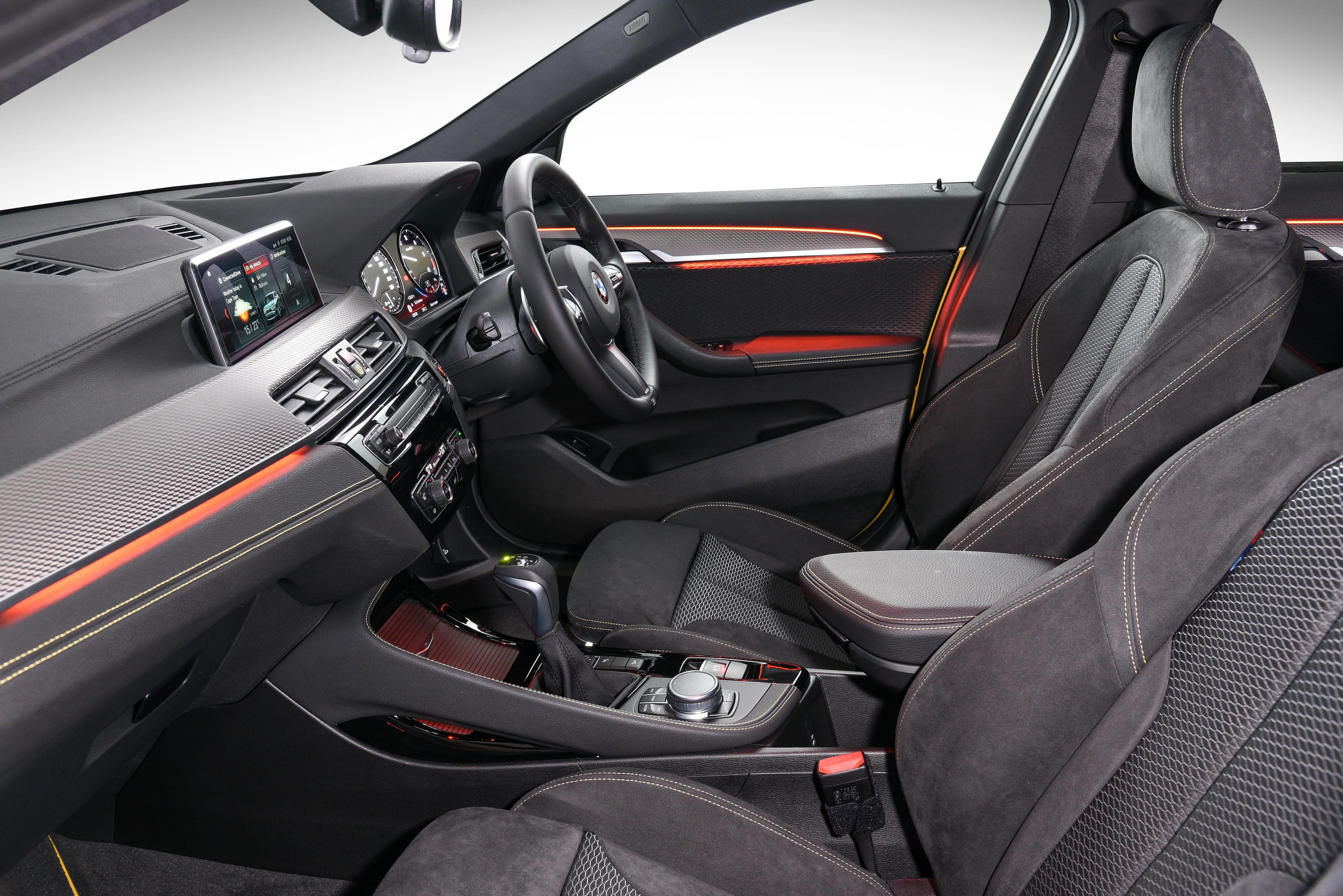 The back seat will take three reasonably grown-up people – two adults in comfort. Kids in the 140cm range – the ones who’ve grown out of booster seats – might feel they’ve got a bum deal as the high belt-line eats into their outward view. Still, they get an armrest, cupholders, vents and the vital 12V outlet.

The boot is a very decent 470 litres, split between a main boot and a deepish underfloor compartment. Fold all the seat-backs down – they go in 40:20:40 divisions – and you get 1355 litres. The main issue here is the relatively shallow tailgate opening, which would make it hard to slide a piece of furniture or pushbike in.

The rigid parcel shelf is nice to have when you’re in five-seat mode as you don’t have to faff with a roller blind, but there’s nowhere to store it in the car. The tailgate has motorised operation. (Some people like that, but even years after this gadget was invented, I still find it insanely irritating. One day I might write a 500-word blog to explain why. But as it’s not limited to this car or this brand it’d be unfair and boring to harp on about it here. Oh, I just did.)

The sporty  front seats are supportive and well positioned versus the wheel and pedals. But if you’re the, ahem, wider build such as myself, you might find the firm side bolsters dig your ribs.

Standard fit for South African versions is the rucksack-like interior trim: a mixture of suede-like Alcantara and a mesh cloth, all with contrast yellow or blue stitching. At night, the cabin is livened up by accent strips lit up in one of six colours selectable from the menus.

The base central screen is a 6.5-incher controlled by touch or the iDrive wheel by your thigh. Actually, you don’t just need have the wheel, you also have shortcut buttons around the wheel, leading to the main menu, the map, the phone and media screens.

Plus (and few people know this hack) you can also easily program shortcuts into the eight buttons that look like radio presets. For instance I use two of them for my favourite radio stations, then the rest for ‘navigate home’, ‘phone my mother’s number’, ‘bring up the tone controls’, ‘use the screen to show live power and torque gauges’, etc.

The standard navigation system also includes very accurate and timely traffic info. You can send a destination from your phone app to the car, saving messing around with data input at the wheel.

Step up to the R29 900 ‘Innovations package’ and along comes a bigger, higher-resolution screen with 3d satellite mapping, and more connected services, and a very well-integrated CarPlay over bluetooth setup. Oh and with that package comes BMW’s excellent head-up display, and active cruise control with sub-120km/h lane steering assistance.

OK, so we drove both the xDrive20d diesel (M Sport X) and sDrive20i (M Sport )so we won’t spend too much time on those aspects. Still, the wide powerband and generally civilised nature of the 20d makes this X2 a relaxing and capable car in town or country, the eight-speed autobox deftly slicking between ratios.

Looking at the sister-car X1 though, BMW has actually brought the diesel into Oz, but in a lower state of tune, called 18d. The 20d we tested is far more refined than the diesels in other small crossovers.

Meanwhile we have wide experience of the 20i engine, both in the X1 and Minis (Countryman and Clubman) that use the same platform. It’s lively, refined and doesn’t get hobbled by turbo lag. It shoves the X2 from zero to 100km/h in 7.7sec, which is usefully lively rather than rapid.

The X2’s steering is progressive and well-damped, so it’s easy enough to maintain your lane on the highway, but also place it accurately and smoothly on curves. The X2 doesn’t roll much when you hustle it around either.

On rougher routes, the ride is certainly not plush, but it rounds off the edges of the bumps nicely. Its tautness is well contained. Lots of stiffly spring SUVs suffer from rocking and pitching even in a straight line, but that’s well moderated here, and it doesn’t crash into potholes.

Despite the big tyres, road noise is well muffled, and wind noise too is never an issue (given our test location, Cape Town). 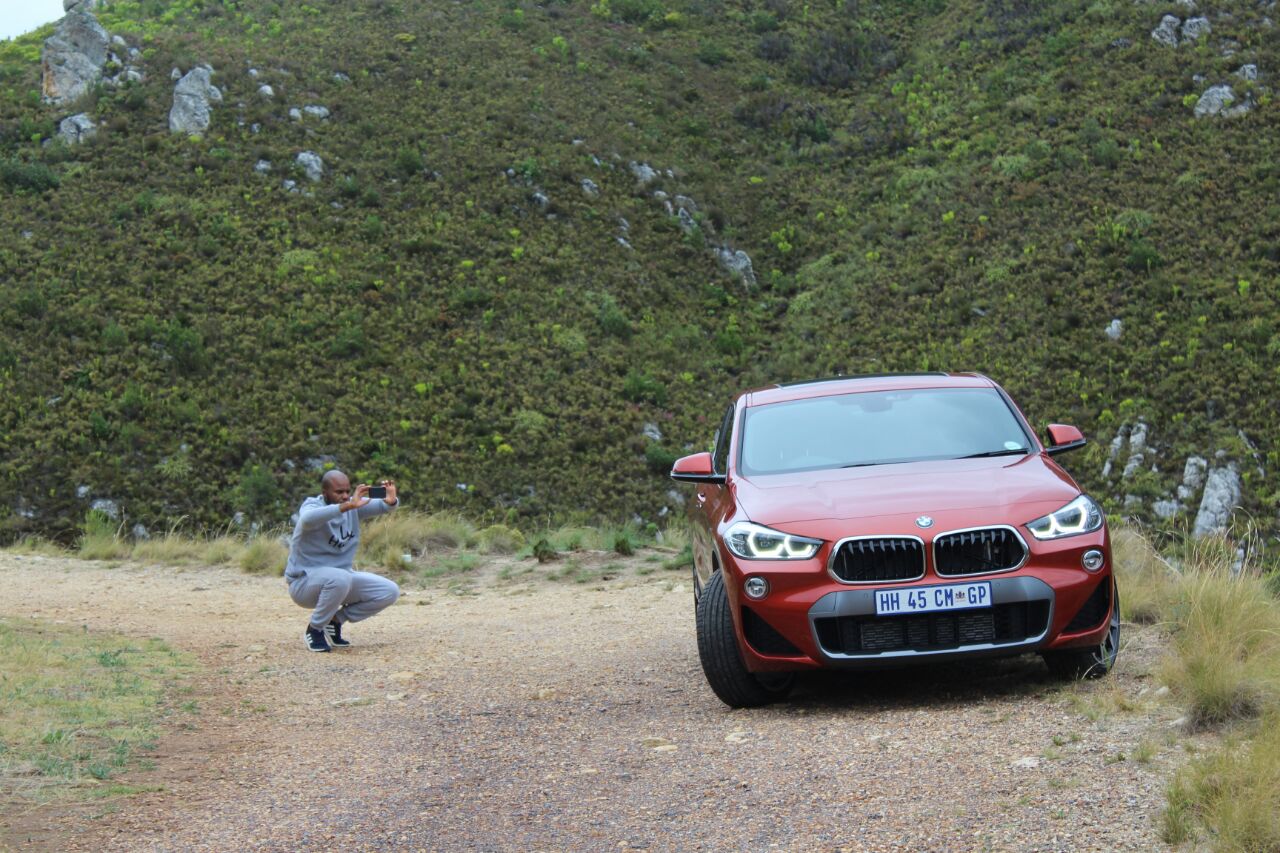 What About Safety Features?

The airbag count runs to dual front, front side-bags, and curtain head bags are standard. So is an effective collision mitigation system sensitive to vehicles, pedestrians and cyclists.

ANCAP rated the closely related X1 in 2015. It came up with five stars, a strong 90 percent for front passengers, including an especially result for the side impact tests. It also got 87 percent for child protection.

Good bright LED headlamps are standard-fit, and so are LED daylight and rear lamps. So you see and be seen. Mind you, rear vision isn’t so great at all, so it’s lucky a reversing camera is standard.

Lane departure warning is standard. The Innovations package (which also has the HUD and bigger touchscreen with more advanced navigation) includes ‘Driving Assistant Plus’. At under 60km/h this has a switchable assisted steering system for following jamming traffic. That’s an assistance system not a safety system if you’re a commuter, but assistance can be good for reducing stress on long hauls, and less stress means more safety.

Even with all options though, Volvo’s XC40 now sets the bar higher for active safety in this class.

So, What Do We Think?

If you like the look of it, there’s a load of good points and no nasty surprises here. The drawbacks don’t need a road test to spot – it’s front-drive only and not the roomiest thing for the money. It’s also premium-priced, but the driving quality, the interior and the technology justify the rand. Pricing on the BMW X2 starts at R570 500.