If Huawei’s first Android Wear watch aped the classic timepiece you might wear to the office, the new Huawei Watch 2 is its gym-going sibling.

Announced at Mobile World Congress, and officially priced up and available in  SA as of this past week, the new smartwatch promises more standalone flexibility than before, along with a distinct aesthetic all of its own. Gone is the minimalistic metal, with the stylings of a sports chronograph in its place.

In practice that means a fairly thick bezel around the circular AMOLED touchscreen, and two chunky buttons on the side. It’s not a small watch, standing reasonably proud from the wrist, though it’s lightweight with it. That’s despite packing more sensors than earlier models. 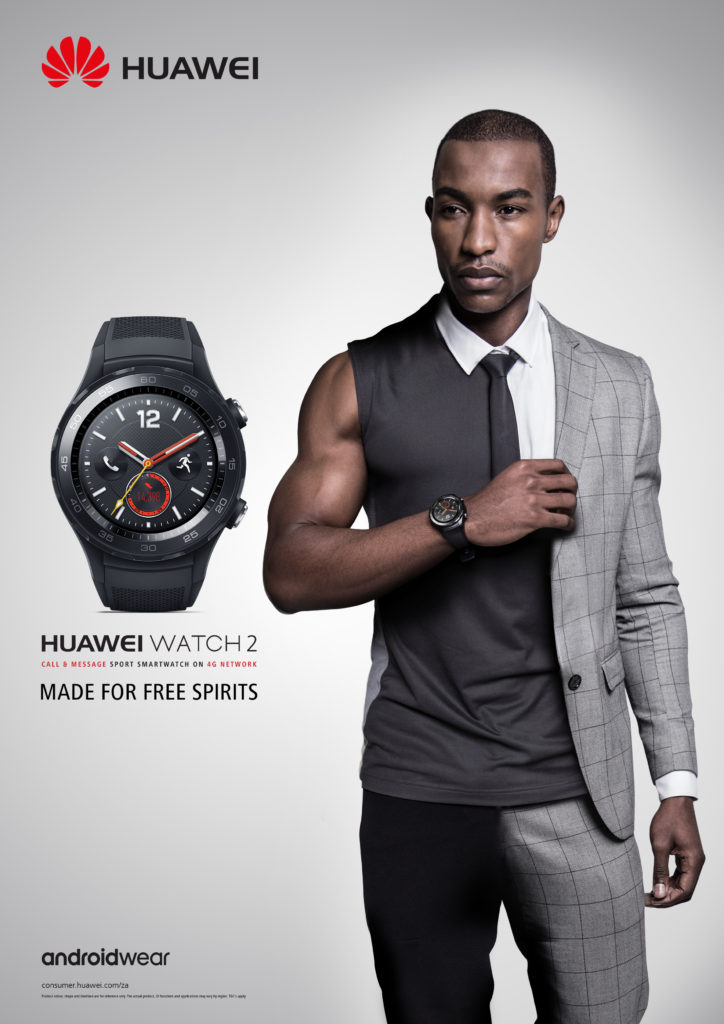 Altogether, Huawei says the Watch 2 can track distance, speed, steps, heart rate, heart rate range, calories, stride frequency, and route. That comes courtesy not only of continuous heart-rate monitoring support, but an integrated GPS chip. It means the Watch 2 doesn’t have to depend on your tethered smartwatch in order to know where it is.

Meanwhile, there’s also both WiFi and Bluetooth onboard. That means standalone use away from a phone, though with internal storage for offline music you could also stream directly to a set of Bluetooth headphones even without a network connection.

Initially, Huawei will launch the regular Watch 2. That’ll be available in either Carbon Black or Concrete Grey, each with a rubber strap, and priced at R5299.

Shortly after, meanwhile, will come the Huawei Watch 2 Classic. That will only be available in Titanium Grey, with a combination rubber and leather strap. It’ll be priced at R5499, and be functionally identical to the more inexpensive version.