In a world full of bass: Our take on Bluetooth speakers

Your average cheap portable Bluetooth speaker is shitty. The crap to quality ratio in the category is ridiculous. But I’ve spent the past month combing through  a handful of speakers just under the R5000 mark (more than that and you’re better off spending on a Home Theater system) and found three that are actually good.

I’m a music nerd who loves playing with vintage stereo gear. From the start, Bluetooth felt like betrayal. I remember rudely dismissing the MINI Jambox when it arrived on my desk (God bless the Ogilvy PR team from back then) because pushing music through the air didn’t make sense to me. Bluetooth headsets have the worst sound quality, so why would a wireless speaker be any better?

That’s not technically fair: the bandwidth of a Bluetooth connection is more than sufficient to push high-quality audio from place to place. But there are scores of speakers out there, and most of them aren’t the best.

So I went looking for the features that made me embrace Bluetooth speakers over my lovely stereo in the first place. The ideal speaker should; For starters, sound great, look good, be portable, and work without any glitches. It should also have a high sound-quality-to-size ratio. Some speakers are insanely tiny while others are beefier, and while you can’t expect tiny speaker drivers to move a lot of air they still need to justify their existence.

Also, I shouldn’t have to spend more than R5 000 on a portable speaker, and I’ll take a cheaper one if it’s good value for the money. (There are plenty of R5 000+ speakers out there, but I’m a cheapskate.) And since the nicest thing about Bluetooth speakers is that they can travel with you, any good speaker should have solid battery life and build quality that’s tough enough for a ride in my laptop bag. If it charges my handset or doubles as a speakerphone, that’s just the caramel on my Bar One cake. My contenders (in alphabetical order) are the Bang & Olufsen Beoplay A1, Jawbone MINI Jambox and JBL’s Charge2 Plus portables. I will give my take on each with a conclusion on the best, of best. 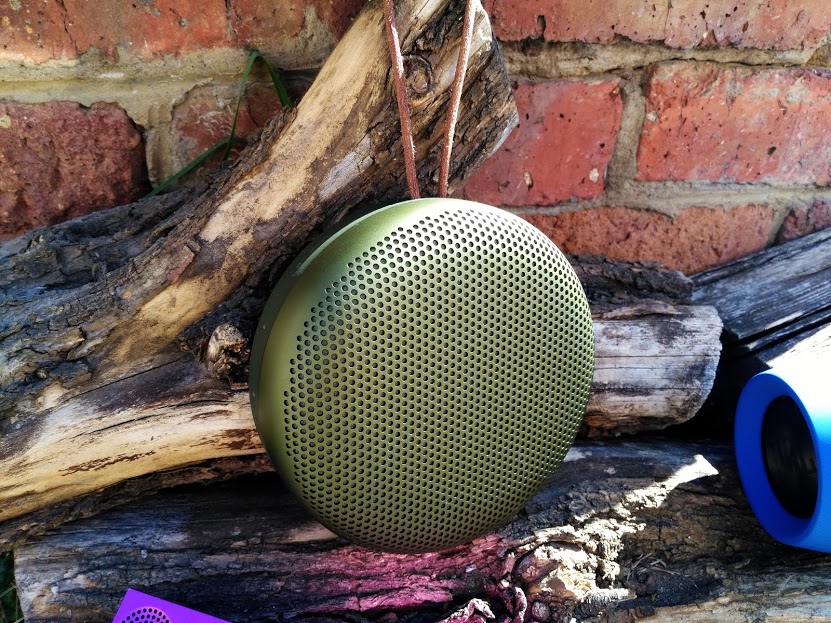 This R5 100 Beoplay A1 has not received its fair share of press since it launched a few months ago, and that’s because it’s simply fantastic and underrated. It really raises the bar for what a Bluetooth speaker should offer. The round, pebble like design has drivers that face in the upward direction, providing nearly flawless 360-degree dome-like coverage. It’s got a great, full-bodied, clear sound, and bass for days. After all, it’s all about that bass.
It’s basically a speaker for on-the-move parties, so you can sling it to your messenger bag, bicycle or arm and blast tunes while making your way down the street. It might also double for situations when you don’t want to place the speaker on the ground. Like the fence of your tennis or basketball court.
The A1’s tightly fitted rubber-esque skin isn’t just attractive, it’s also stain-resistant and contributes to the rugged, slip-resistant build. There are other speakers that are completely waterproof, but they don’t deliver the best sound; the A1 is a good rugged option if that’s what you’re in the market for. Its completely satisfying, well worth the money, and so much better than the competitors that you might as well stop reading now. That’s if you’ve got the budget for it.
Jawbone MINI Jambox 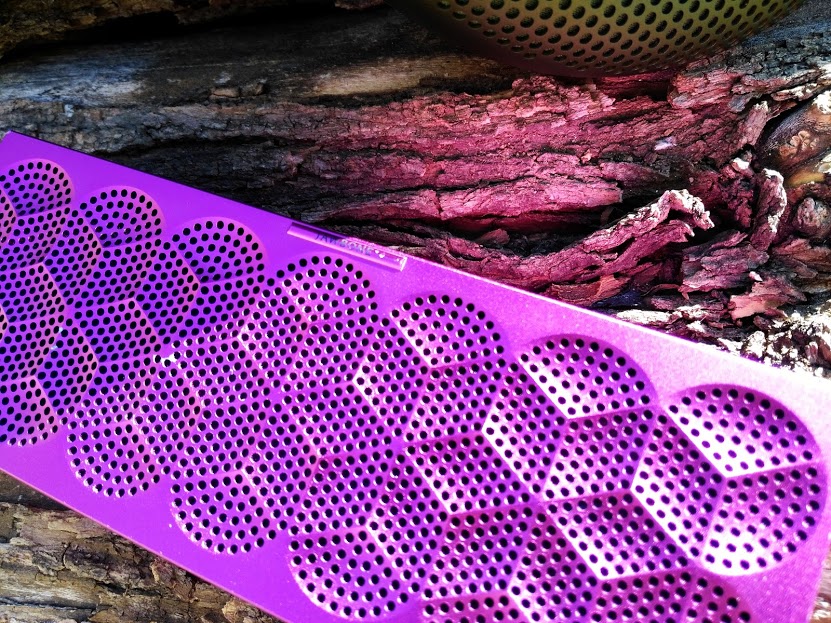 If you’re not carrying a bag, portable means it fits in your hands or well enough to be placed on the floor. The R1 800 Jawbone MINI Jambox actually sounds okay (for lack of a better word) for something that has the footprint of a chocolate slab. Its not going to sound as something with multiple drivers and a larger enclosure, but it delivers very convincing bass for such a tiny package. Additionally, the design is water-resistant, unfortunately the design is not in its favour as it is prone to scratches and lacks a handle with care sticker.
Overall, the slim design is nice and practical and there are plenty of colors to choose from to make sure it fits your tastes, but the sound lacks clarity.
JBL Charge2 Plus 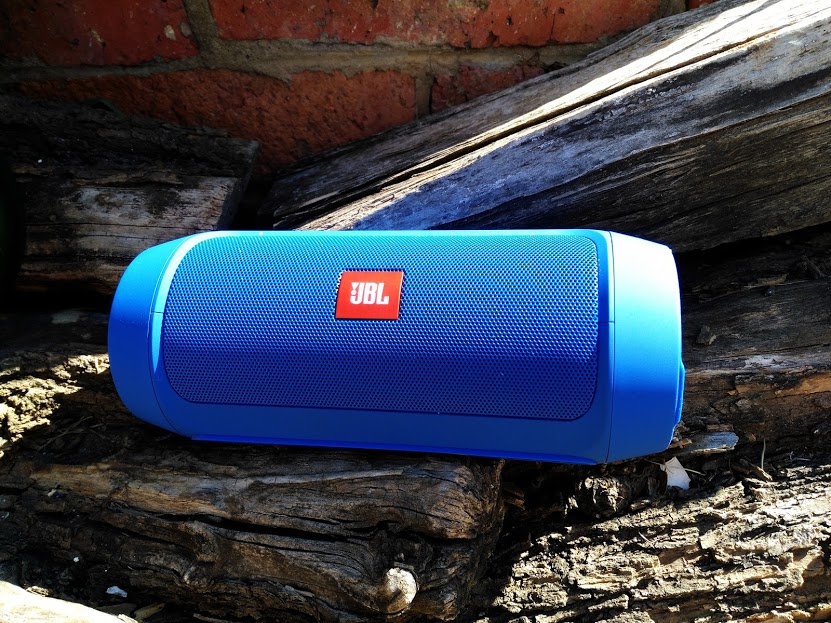 If you want a speaker that sounds excellent but don’t want to shell out for the UE Boom, this R2 300 Charge2 Plus sounds pretty fantastic. It’s not quite as rugged or good-looking as the BeO, but makes up for some of that with versatility: It’s designed to work lying down, not just standing on end. It’s also got a built-in microphone so that you can use the speaker to take conference calls, if that’s your thing.
Its waterproof and doubles as an external battery to charge phones and pairs easily with a few additional devices for a stereo/party setup.
Post Views: 226
#Bang & Olufsen#Beoplay#Bluetooth Speakers#Jawbone#JBL#Mini Jambox#Speakers