Legacy is a powerful thing, and at times it can threaten to smother the equally mighty maxim that moving ever forward is the only way to stay above water in the ultra-competitive automotive industry.

MINI, faced with the need to redesign one of its strong-selling compact SAVs  – the Countryman – refused to be dragged down by the temptation to simply keep riding a popular horse until it collapsed, foaming and spent, into its grave. Instead, the company realised that the future favours the bold, and elected to invest heavily in a completely new and dramatically different 2017 MINI Countryman.

Keep in mind that MINI has been careful not to adjust the edges of the envelope when it comes to the Countryman’s mission statement, as the previous model’s passenger room and footprint were competitive when compared against contemporaries like the Audi Q3, BMW X1 and the Mazda CX-3. Where things felt more than a little old-school? Under the hood, with the SAV of old offering the choice between naturally-aspirated four-cylinder and turbocharged engines. Cabin furnishings, too, spoke of a time when plain, hard-wearing plastics were the order of the day for budget-conscious families. 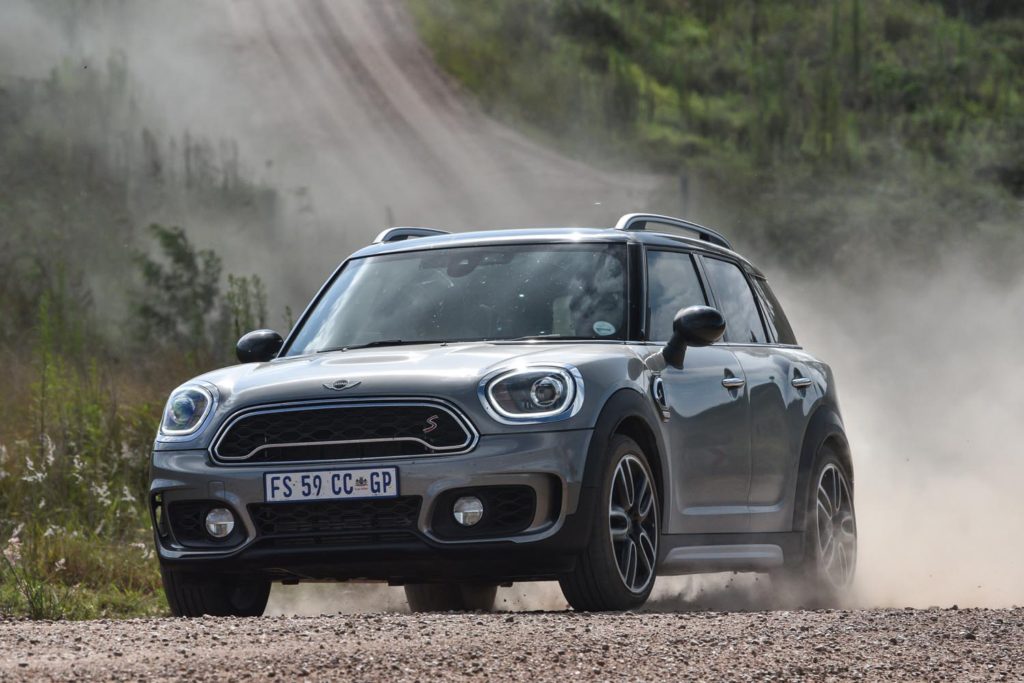 The 2017 MINI Countryman breaks with the previous model in both of these areas, significantly updating its interior and adopting a powerful line-up of turbo engines that shrink in size but largely maintain or exceed the performance of the units they replace. For our first drive from Durnan through the KZN Midlands up to Clarens in the Free State and back to Johannesburg in the redesigned SAV, I was able to sample the entry-level 1.5-liter three, which shuttles 100 kW and 220 Nm torque through a six-speed automatic transmission and the Cooper S edition with 141 kW and max torque of 280 Nm at four, as the upcoming, diesel units were unavailable even in pre-production form. 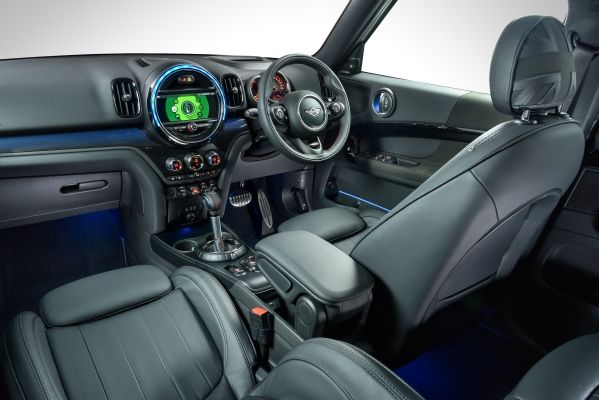 Still, there is more than a little merit in testing the most modest engine configuration of any new automobile, because if that baseline shines then it’s more than likely that more muscled models will impress as well.

Aside from a bit of whoosh when pushed hard, there was little to betray the small statue of the turbocharged engine on either two-lane roads (where passing required no careful planning) or interstate highways (with 140km/h cruising a non-issue, as long as you were able to avoid the local constabulary). 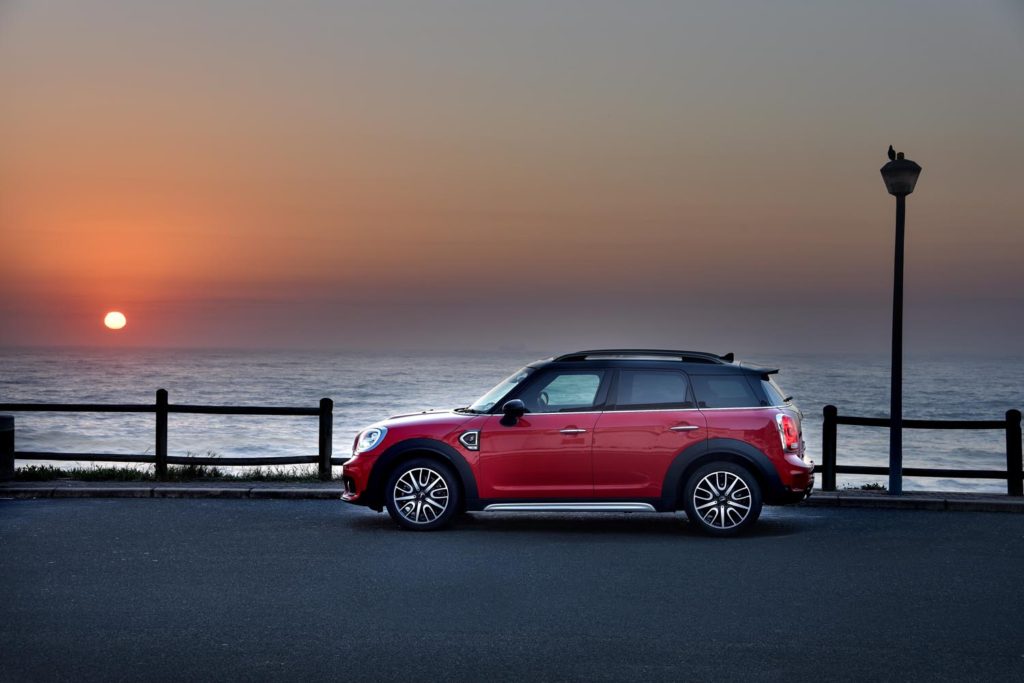 Part of that pluck has to do with the MINI bucking expectations and actually growing in terms of both length and on the scale. Renewed concentration on aero efficiency has further contributed to the sleeker looks of the Countryman, and despite its extended package the vehicle manages to not hang on to much of the cargo capacity and rear passenger room of its smaller predecessor. The lighter step was appreciated when guiding the vehicle through the sinuous backbone and turns of the Golden Gate pass, where the MINI never stopped short of fun, while feeling planted and confident with a minimum of body roll.

If there’s a flaw to be found in the new Countryman’s revised approach to the compact SAV market, it has to do with its features and pricing, rather than its execution. The Countryman raises the bar for MINI when it comes to the availability of active safety (forward collision alert, lane keeping assistance and departure warning and blind sport monitoring), connectivity (unfortunately no Android Auto, Apple CarPlay but two versions of the MINIConnected touchscreen and non-touch interface can be had), and comfort (heated leather seats) but you’ve got to drop more than a little coin to get the good stuff. 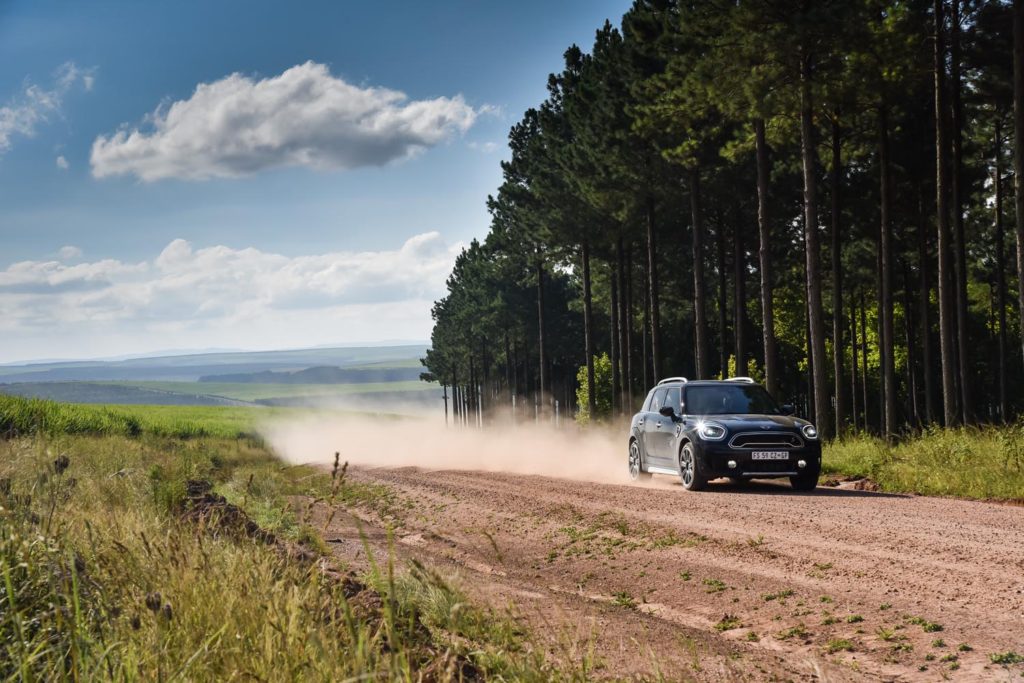 All in all, the MINI Countryman is a fun, sleek vehicle to drive that even commands the most unwanted attention. The MINI itself is deserving of attention from families and space-seeking commuters everywhere, but whether it will fit comfortably into their budgets remains to be seen.

793
Apps Business Featured Technology
WATCH OUT: This Is How Your Insurer Is Keeping Tabs On You

All the tech inside the Land Rover Discovery Sport

The new 2020 Discovery Sport is not short on tech. The 360-degree surround camera system more than proved its worth …

Land Rover has given its sporting SUV a makeover, with the 2020 Discovery Sport giving us more tech, a more …