Officially conceptualized as big meets bigger in their biggest outdoor experience, Ster Kinekor did their latest screening of Rampage in a unique way. Hosted at the Bidvest Wanderers Stadium, it was the perfect scene for (literally) such a colossal movie featuring the ever impressive and unit of a man, Dwayne “The Rock” Johnson. I was more than amped to check this out especially in such a unique setting. I can still remember how bummed I was when the first outdoor one for Kong: Skull Island was cancelled…this more than made up for it despite the threat of rain again. 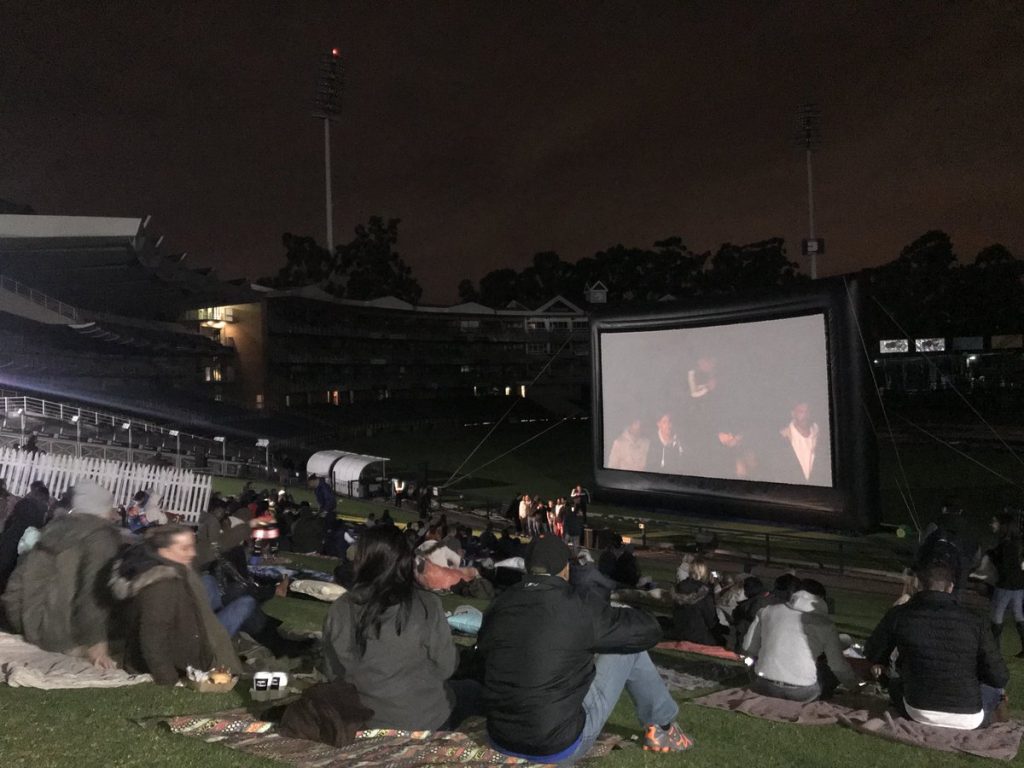 Onto the movie, as briefly mentioned, Rampage stars Dwayne Johnson as primatologist (didn’t know this was a thing to be honest…primatologist? Huh…) Davis Okoye, a man who keeps people at a distance, shares an unshakable bond with George, the extraordinarily intelligent, silverback gorilla who has been in his care since birth.

A rogue genetic experiment gone awry mutates this gentle ape into a raging creature of enormous size. To make matters worse, it’s soon discovered there are other similarly altered animals. As these newly created alpha predators tear across North America, destroying everything in their path, Okoye teams with a discredited genetic engineer to secure an antidote, fighting his way through an ever-changing battlefield, not only to halt a global catastrophe but to save the fearsome creature that was once his friend.

Directed and produced by Brad Peyton (Ted, Frontier, San Andreas and more behind his impressive credits), Rampage is based on a video game and is an all-out action movie that reminded me of a King Kong or Planet of the Apes with some silliness in parts. If you’ve read most of my reviews, you’ll know that in addition to many things, I like movies that have a mixture of cool elements and if there’s comedy included then I’m completely sold. Rampage has this and more, it was the perfect movie to screen in an outdoor setting and if you missed out on that experience then, well, too bad, sorry…

Worthy of blockbuster status, Rampage is an easy, silly and fun action movie that most will enjoy. In his latest lead role in a movie, this maybe one of Dwayne’s best movies to date. No doubt this is his type of setting, his role in the movie fits him like a glove with his onscreen “bromance” with George (the gorilla) being one of the highlights of the movie. In addition, and coming through with a cool demeanour, as always in most of his roles, I also enjoyed Jeffrey Dean Morgan’s portrayal of government agent, Harvey Russell.

A solid movie and worthy of holding its own until the next blockbuster enters the circuit, Rampage is definitely a worthy watch especially in an IMAX, 3D or D-Box setting. I kept an open mind and was ready for a good movie and that’s exactly what I got, that’s why this one gets a rock (see what I did there?) solid 7.5 out of 10 rating from me. Make a date with your mates, better half or fam to see this one, you’ll have a good time trust in that.

Classy as always, all my thanks go to the cool kids at Ster for the fantastic outdoor screening experience, proper way to watch any movie…this should be a regular thing I reckon!