The Rolls-Royce Black Badge is something of an outlier for the British luxury brand – it’s the Rolls you drive yourself, rather than enjoy from the more traditional perspective of the rear seat.

Past that, however, it’s also a car that intends to make your time behind the wheel a bit more engaging than what your chauffeur would experience piloting the four-door Ghost sedan on which the Wraith then the Black Badge is based. Either way, after driving this two-door behemoth around Kyalami, there’s one thing I can state without reservation: regardless of where you’re sitting, being inside the Rolls-Royce Badge is an event in and of itself.

It’s only natural that a car measuring just over 5m in length would have an impact on a crowd regardless of the badge, but the Black Badge takes the ripple made by its mammoth size one step further by pinging the bling detector of every pedestrian and passerby within a 5 meter radius. Even those who really have no interest in anything automotive instinctively recognize that the Rolls-Royce Black Badge is something special as it floats silently down the asphalt like some fantastical steam-punk conveyance pulled directly from the mind of Daft Punk. 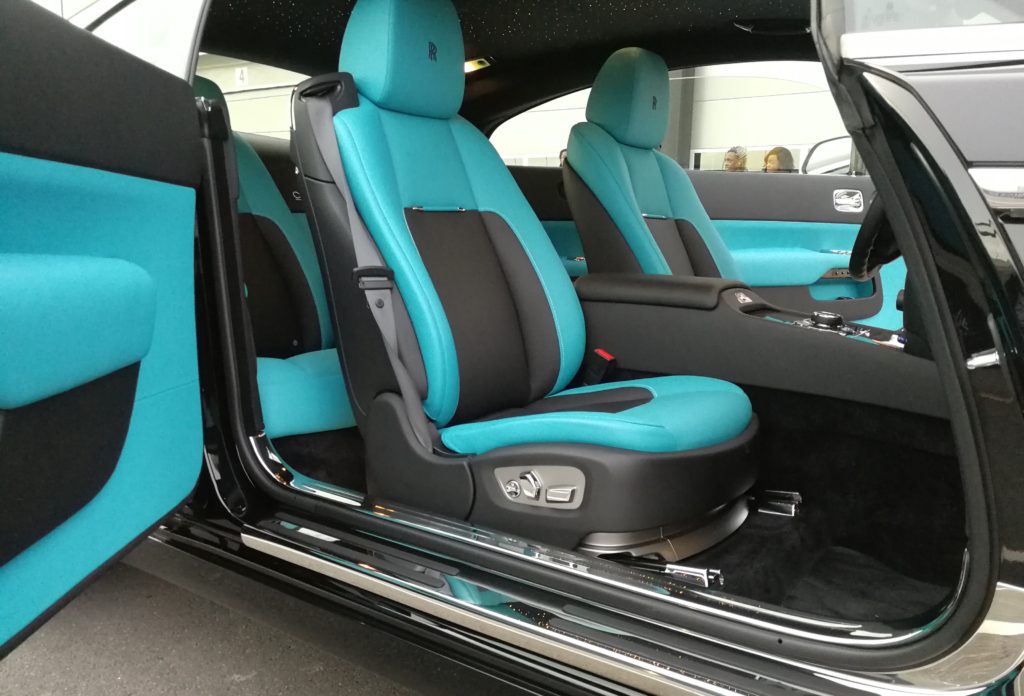 The Black Badge (based on the Wraith) is certainly a spectacle, but in an entirely different manner from any of the exotic sports cars that might be able to match its R9 000,000 starting price. While Ferrari, Lamborghini, and McLaren captivate by way of their carbon fiber origami and outrageous exhaust notes, Rolls-Royce heads 180-degrees in the opposite direction. The Black Badge’s stately presence is powerful without any associated histrionics, its enormous V12 engine as quiet as a nuclear submarine on full lock-down unless provoked by a stab at the throttle. Even then, only a hint of the massive 876 Nm of torque sitting under its hood can be detected, and solely due to the specific ministrations of Rolls-Royce’s engineering team, which wanted the Black Badge to offer a more engaging aural character as compared to the Ghost.

The insulating effect of the Wraith’s design also informs all sensation of motion inside the cabin. Regardless of what speed I called down from the plush driver’s seat to its elegantly-appointed engine room, I couldn’t help but shake the impression that I was not driving so much as traveling, much in the same way one would ride in a powerful, private locomotive. The Rolls-Royce gathers itself and thrusts forward with a gathering confidence that feels limitless – and, indeed, a cursory examination of the speedometer out on the track often revealed that I had broken the triple-digit barrier in perhaps the stealthiest manner possible. 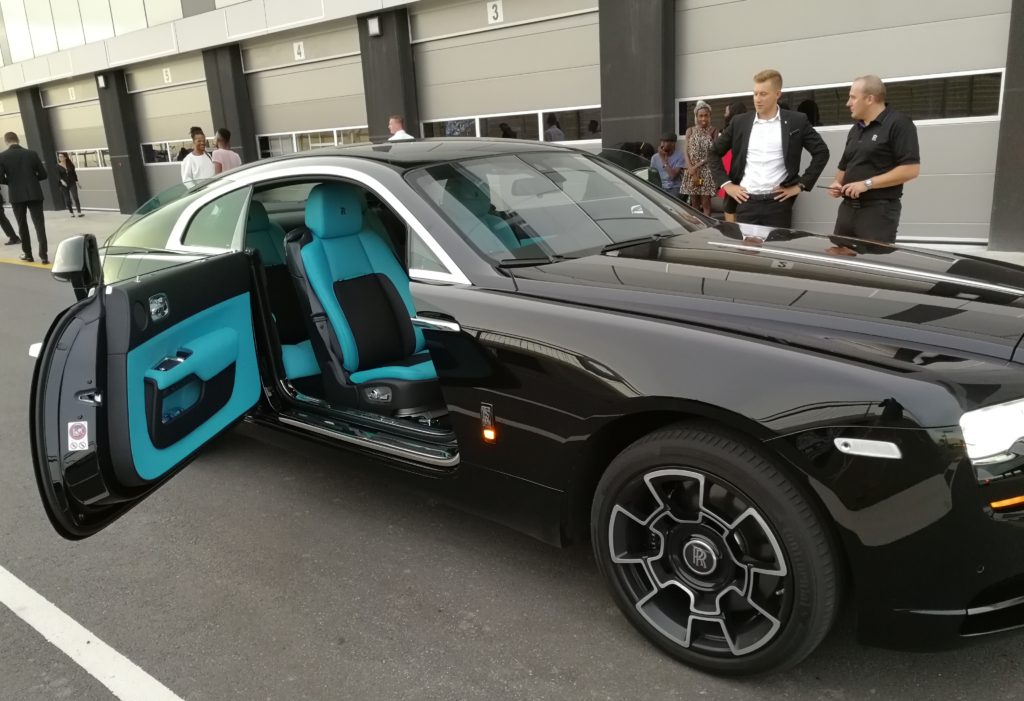 All of this happens despite the SUV-like 2440kg weight of the 2016 Rolls-Royce Wraith, an eye-popping measure that is magicked away not just by the car’s 6.6-liter motor, but also its phenomenal air suspension system. Through most turns the Black Badge tacks absolutely flat, its massive rectangular hood seeking corner exit like the needle on a magnificent bespoke compass, and only once you really start to hustle the enormous coupe do petty annoyances like center of gravity and momentum begin to inform the car’s dynamics.

DID YOU KNOW: The average age of a Rolls buyer is now around 43, down from the 55 average of not so long ago.

The Black Badge is not a car for cruising from the center of town to your hinterlands estate, It’s much better appreciated while bouncing off the rev limiter on the back-stretch of this very same Kyalami track. In case you missed it, it has a suspension system capable of dialing out potholes capable of swallowing a Suzuki Jimmy whole, the excellent stereo system clearly enunciating your favorite tunes across a perfectly deadened sound-stage, and the almost-invisible eight-speed automatic transmission using a GPS signal to quietly pre-shift for you so you don’t have to trouble your right knee when encountering a hill. 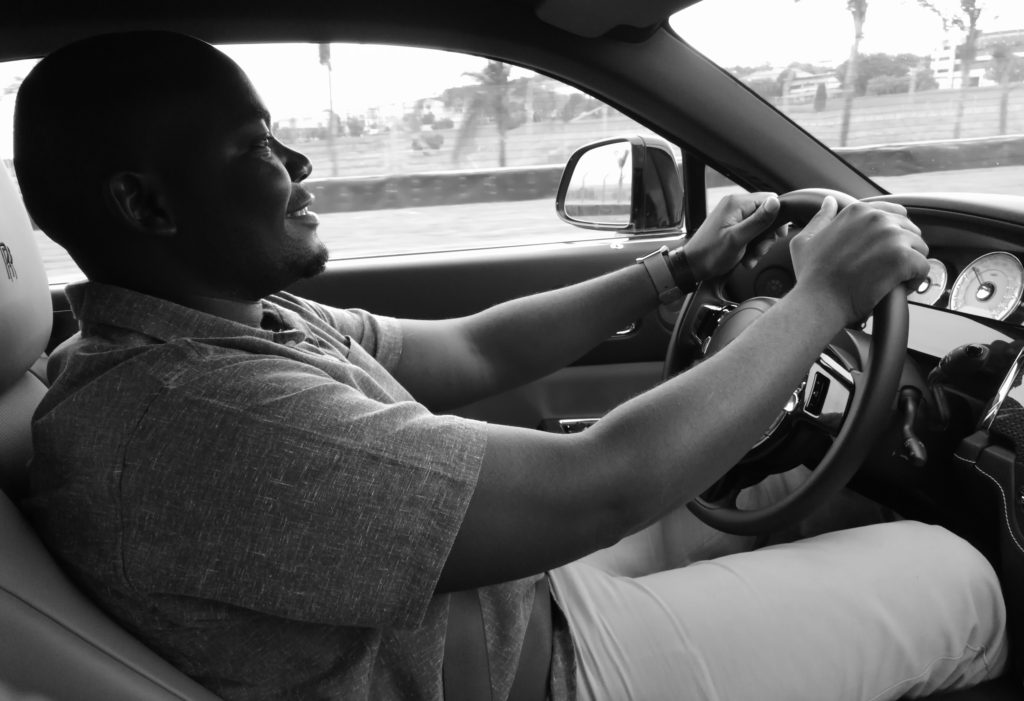 At the same time, Rolls-Royce has clearly built a vehicle that operates within its own, carefully-crafted ecosphere, a coupe that lives in a niche seldom breached by the vast majority of the world’s population. Remember that part of the Black Badge’s appeal, from an outsider’s perspective, is trying to guess who exactly is riding along inside, and consequently attempting to place them on the socio-economic hierarchy that holds us all in its firm grip. Movie star or media baron? Tycoon or hip hop impresario? Must a politcian or BBEEE beneficiary. 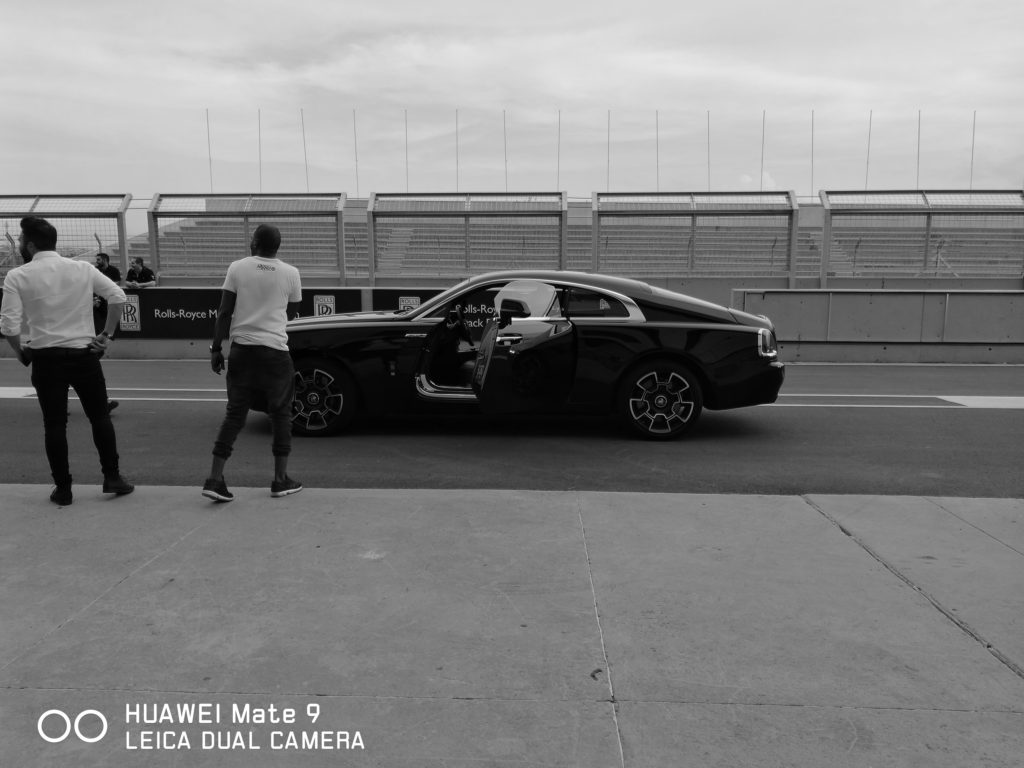 Or how about a heir? After all, the Black Badge I drove was outfitted with an individually-stitched headliner illuminated by over 1,340 fibre optic LED lights to replicate the breath-taking spread of the Milky Way galaxy in the night sky. The feature is certainly a fitting underscore to the Rolls-Royce experience, with the Black Badge a coach-built rocket ship soaring so high above the aspirations of most drivers that it might as well be on a mission to Mars as it rolls on down the Kyalami tracks.

Sorry SpaceX. Rolls-Royce got there first.