The South African Guild of Motoring Journalists alongside headline sponsor, Wesbank, has officially revealed the 2016 Car of the Year; Its Volvo’s latest luxury SUV, the first car to bear the Swedish company’s latest design language while cosseting up to seven people in tech, the beautiful XC90.

Coming in 2-liter turbocharged and supercharged AWD form, mustering 316 HP, as well as an XC90 Twin Engine plug-in hybrid good for around 400 HP, the new SUV also claims to be the most comprehensive and tech-advanced car on the market when it comes to standard-fit safety features.

That includes new technology like run-off road protection, which can figure out when the XC90 might be drifting off the asphalt and tighten the front belts, while also using an energy-absorbing system between the seats and their frames to protect the spine. 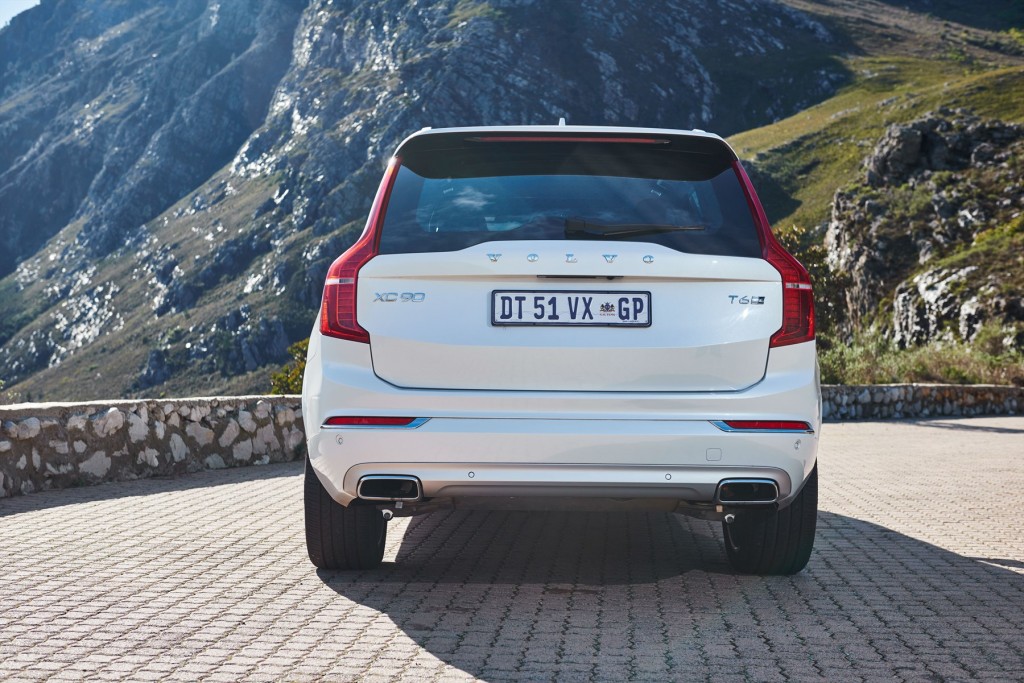 The XC90 is also the first car in the world to automatically brake if the driver tries to turn in front of an oncoming car that might be going faster than they expect. All of Volvo’s existing auto-brake functions – which will now come under the “City Safety” umbrella name – are fitted as standard.

Under the hood, Volvo builds on its Drive-E architecture with both its 2-liter turbo/supercharged engine, and its Twin Engine plug-in hybrid. In fact, the XC90 is the first plug-in hybrid on the market with seven seats, Volvo says, combining a 2-liter four-cylinder turbo/supercharged petrol engine with an electric motor. This model is set to launch ‘soon’ as teased by country media relations manager, Brent Ellis on social media (see below).

The way this car makes my 55 km commute the most enjoyable and relaxing part of my day… ACC, Pilot Assist, superbly silent operation and, today, 3.2 litres per 100 km. In a car which weighs over two tons. Phenomenal! ❤ Launching in SA soon! #Volvo #XC90 #T8 #TwinEngine #hybrid #PHEV #plugin

Outside, Volvo’s new badge sits in-between “Thor’s Hammer” LED daytime running lights, while the hood is larger and the lamp clusters bigger too. The beltline has also been changed, to give the XC90 a meatier look side-on, and Volvo has up to 22-inch wheels on the options list.

Inside, there’s a tablet-style touchscreen in the center console, doing away with physical buttons for the most part, and then throwing in things like leather and wood along with a crystal gear lever made by Swedish firm Orrefors. If you’re in the third row of seats, Volvo says there’s headroom to suit anybody up to 5 foot 7.

Meanwhile, Bowers & Wilkins audio is optional, with a 1,400 W Class D amp powering nineteen speakers including an air-ventilated subwoofer that, so Volvo says, turns the whole interior into one vast sub.

Hyundai has earlier today during an online event taken the wraps off its updated 2021 Kona SUV, with revamped design …