Star power and swag doesn’t come any better (in the movieverse) than Ryan Reynolds and Sam Jackson in one film. If you aren’t familiar with any of these guys then it’s probably advisable to review your movie watching habits and priorities…seriously you do. Both gents link up for the first time together on the blockbuster movie The Hitman’s Bodyguard. The movie also includes the likes of Gary Oldman and Salma Hayek who complete the well assembled cast – this makes it an even better prospect from the onset.

Another exclusive and well organised Ster-Kinekor screening allowed me to check the movie out a bit earlier than usual…as always a young shout out goes out to those lovely humans!

So, what about the actual movie itself? Does it live up to the billing and the star power it possesses? Before we go there though, if you haven’t seen it yet or just want to check it out again mainly because it’s awesome, here’s the official trailer:

The world’s top protection agent is called upon to guard the life of his mortal enemy, one of the world’s most notorious hitmen. The relentless bodyguard and manipulative assassin have been on the opposite end of the bullet for years and are now thrown together for a wild and outrageous 24 hours. During their journey from England to The Hague, they encounter high-speed car chases, outlandish boat escapades, bullets and merciless. These are directed at them by an Eastern European dictator whose main mission is to make sure that the Hitman doesn’t survive to testify against them. 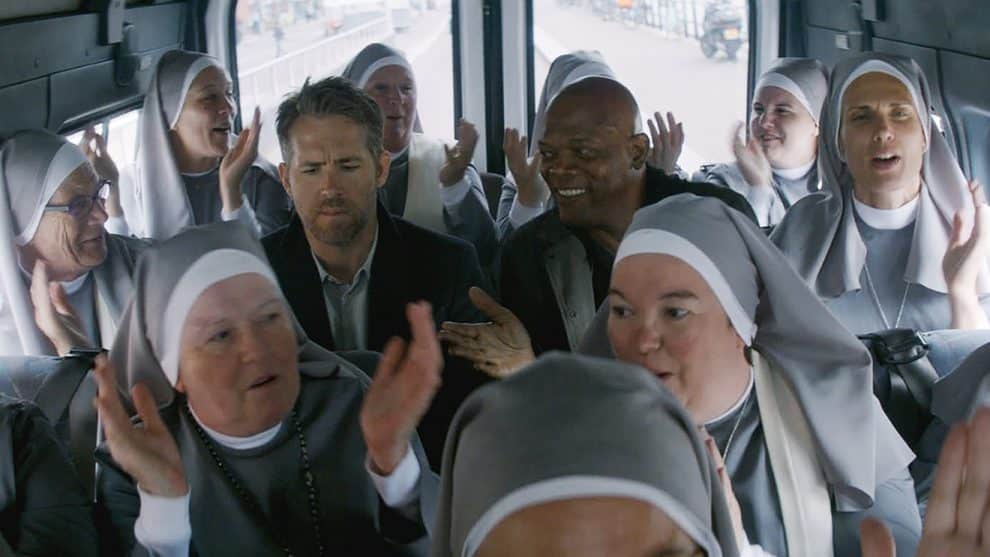 Saying it upfront, I really loved this movie, more so than I thought I would actually. It’s the type of movie that almost anyone can watch. Though an action movie, in it we also find a fantastic amount of humor (lots of it!) and adventure mostly driven by its two equally fantastic leads (Reynolds and Jackson). The plot is also pretty good, not the best but very good – the concept behind it is what will especially lend itself well to many…a hitman who needs a bodyguard?

The Hitman’s Bodyguard is the type of movie I wouldn’t mind watching over and over again, and recommend to just about anyone continuously. That’s the type of effect it had on me. It’s also one of the best movies I’ve watched this year and honestly cannot find any fault with it. We need more movies like it – good plot, flowing nicely throughout, star power merging well together, humor done in the right way and of course great action sequences.

It promised a lot right off the bat and after seeing it I can safely admit that The Hitman’s Bodyguard delivers on what it initially promises. It includes a perfect balance of everything from humor to action sequences delivered by a cast who ooze star power, charm and swag. The plot’s also not too bad with everything flowing from one end to the other with not much fuss or complication. It opens up in cinemas tomorrow, do the right thing and go check it out. Absolutely dug it and that’s why it gets a 4.4 out of 5 rating from me.