A little over a year ago Ford whisked us to Durban for the launch and introduction of the Focus ST, my first impressions were rather restricted so I had it for a week long drive two weeks ago.

For those of you who don’t know what a ‘hot hatch’ is, it’s essentially a hatchback sports car that lives in two worlds. In one world, it’s an efficient five-door when you need to move some stuff or get to work. In its other world, it’s a sports car perfectly set for when you’re ready to have some fun. For many of us motoring nerds, hot hatches are the best of both worlds. 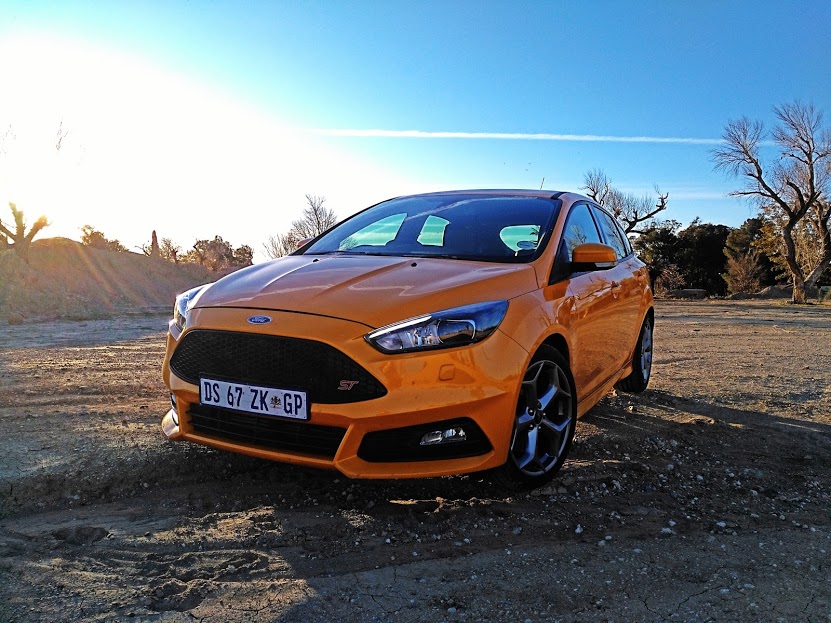 At first glance, there’s no denying the visual charms of the ST. It has sleek lines and looks both light and substantial at the same time. I don’t know how the Ford designers did it – but they got it right.

The little spoiler at the back tells onlookers that there’s something special going on under the skin. The gaping grille mouth in the front might appear carp-like, but it serves a cooling purpose. The bright color options that tell people you’re here to shout, pair well with the brightly colored ST logo tucked low into the corner of the grille and in the back on the hatch lid. The one I hosted was clad in bright yellow, dubbed Tangerine Scream.

Say what you will about the exterior. Let’s face facts, though, as the owner, you won’t spend much time looking at it. Well, at least not much of it. You’ll spend the majority of your time behind the wheel looking out over the sloped hood. So let’s pop that cover and see what it’s packing.

Ford put the 184KW of its 2.0-liter four-cylinder EcoBoost engine between the frame rails of the Focus ST. The EcoBoost will bundle the ST to a top speed of 240 km/h, which isn’t too bad. Heck, it’s fast enough to have you sleep over at Kroonstad Prison when you’re caught speeding on the N1. The engine is a six-speed manual that offers crisp, confident shifts without much worry or fuss.

The cabin of the ST is an interesting place also. It’s undoubtedly modern. The fit and finish is ages ahead of Fords of the early 2000s. At the same time, however, it’s almost cartoonish. Everything is big  and sort of silly looking. I believe in taking risks but this risk has failed Ford.

Aside from the visual rotundness of the interior bits, the rest is rather pleasing. The Recaro sport seats hug you tightly without the normal uncomfortable feeling of race-like seating. They’re well cushioned and allow the driver and front passenger to sit up straight during hard cornering. I am quite a large oke, so these had me seated comfortably. Many mean things have been said about Ford’s SYNC2. I had no issues with the system this time around. Bluetooth smartphone integration was simple. Working the hundreds of system menus was fairly easy. And the thing isn’t too bad to look at – even thought the car craves for an on-board GPS feature.

Straight-line acceleration is much improved in the ST and you can tell the wheels are able to put down nearly all 184KW to the pavement. You still need to fight the steering wheel a bit, though. It still wants to lightly pull the wheel from your hands when you get on it. 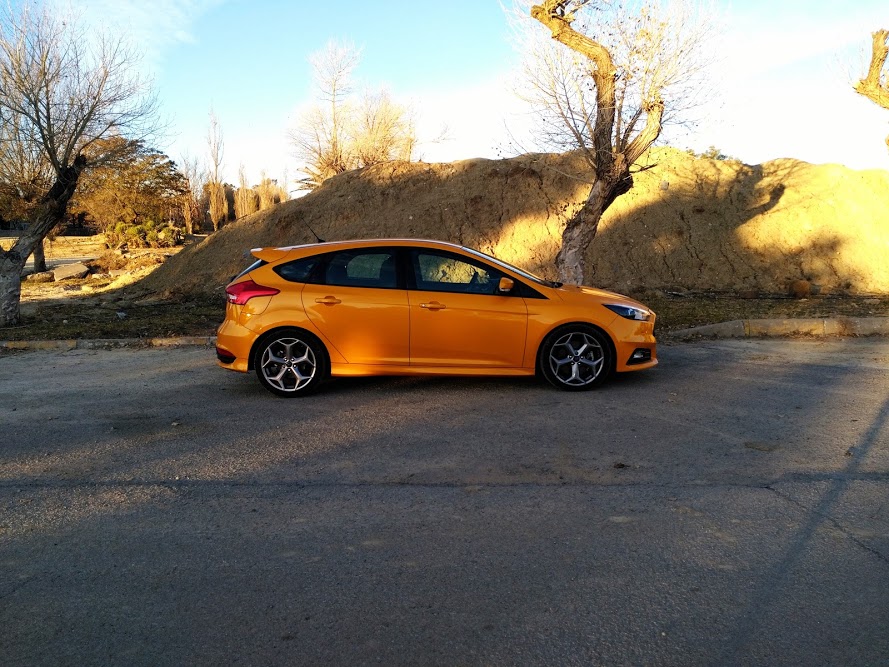 If you keep the wheel straight, off-the-line acceleration is impressive and will put a smile on almost anyone’s face.

While you’re giving the throttle all the beans, the artificial engine sounds that the stereo puts out are good. You can tell, though, they’re not quite real. 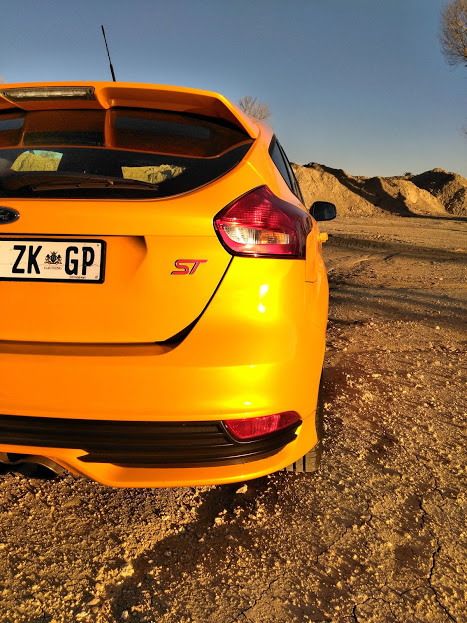 The Focus ST ticks all the boxes on my new car checklist. It has all the bits. It looks pretty snazzy. It goes pretty well and handles even better. The inside is quiet and spacious. And it’s affordable. When I stand back and look at it, though, I can’t help but feel like something is missing. AS far as pricing goes the Ford Focus ST1 is at R381 900 while the Ford Focus ST3  is R421 900.